You might know John August from the films he’s written: Go, Big Fish, and Charlie and the Chocolate Factory among others.  He’s also directed, developed for TV, and written short fiction and for the theater.  Now to that list of accomplishments add ‘font developer.’  Courier (if you didn’t already know) is the only font used for screenplays.  No Times New Roman.  No Comic Sans.  Now, August has taken this humble, yet ubiquitous font to the next level.  As he explains:

“The biggest problem with Courier is that it often reveals its low-res heritage. Designed for an era of steel hitting ribbon, Courier can look blobby, particularly at higher resolutions.

But it doesn’t have to.”

The result of August’s efforts is Courier Prime.  It’s unmistakeably Courier and yet different.  Even without doing an A/B, you can tell it’s subtly fuller than its forbear, more aesthetically pleasing without being unfamiliar.  Yeah, I know… folks can geek out about films and others geek out over fonts, but to cross those two streams, look out.  Still, it’s a compelling story — innovating something that’s been around forever and pretty much taken for granted.  Just sent a new script to a prodco using Courier Prime, so I’ll let you know what my ‘field testing’ nets out.

Full story here and worth the read. 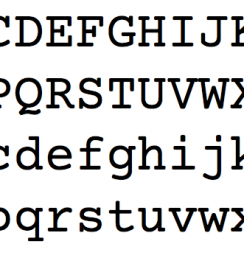 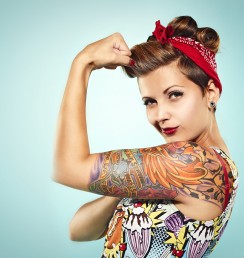 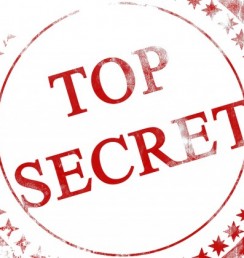